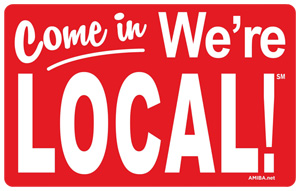 Bill, Sally, and Mary Trufant WELCOME you to B&B Pet Stop, our family-owned pet store in Mobile, Alabama.  Come see our HUGE selection of freshwater fish, goldfish, cichlids, saltwater fish, corals, birds, reptiles, small animals and ALL THE SUPPLIES.  Follow us on FACEBOOK so you don’t miss our crazy in-store special events.
Where are the dogs + cats?  We encourage people to adopt a homeless pet  – then come in to shop our vast selection of dog + cat supplies, along with premium pet foods.

There’s always something going on at B&B Pet Stop!

If you look at the single aquarium in the first photo above and then see how that “hobby” quickly  turned into what amounts to an obsession, you’ll understand how Bill’s daylily hobby turned into, well, another obsession.

Growing up in New Orleans,  Bill received as a gift from his grandmother a clump of hardy flowers.  The blooms were reddish orange with black highlights and lasted just one day.  He thought they were cool.  Turns out they were daylilies and this was the start of a lifelong fascination with these plants.

Years after he planted that first clump,  Bill had moved to Mobile and while exploring his neighborhood, discovered at the end of his street an unbelievable garden of literally thousands of daylilies.  As luck would have it, he lived right down the road from Herbert Casey, a master daylily hybridizer. Bill became good friends with Herbert and his wife, Louise,  and spent a lot of time down there, learning about daylilies.

When he moved to a house in West Mobile with 10 acres, he not only moved the lilies he had collected, but visited the Caseys and acquired more; planting them all around his house and yard.   Next thing he knew they were in rows, he’d collected almost 700 varieties, developed a website, and Bill was in the daylily business.  Click on Daylilies for Sale and prepare to fall in love.